It’s 2014, I was working at a different library and came into work to find everything was watching me. You read that right, not “everyone” but everything. My stapler was staring at me. My tape dispenser was glaring at me. Everywhere I turned, office supplies seemed to be surveying me. Even my coworker’s stapler was giving me googly eyes. I closed my laptop and stepped away from my desk for a moment, only to come back to see my laptop looking at me. I had been pranked with googly eyes; it was April Fools’ Day.

Fast forward to 2018, different library, different office supplies…I was once again being watched from around the room due to the removable stickers that looked like eyes placed on, you guessed it, the staplers and tape dispensers. Placing eyes on inanimate objects never gets old. Libraries are so dedicated to sharing resources, we even share our prank ideas.

We all know April Fools’ Day is a day for jokes and pranks on each other. How did this tradition get started and where did it originate from?

Not everyone adjusted well to the change and some even refused to acknowledge the use of the new calendar. Those who kept celebrating the new year at the beginning of April were deemed “fools.” It developed into a tradition where a “fool” was tricked into doing a task that wasn’t doable. 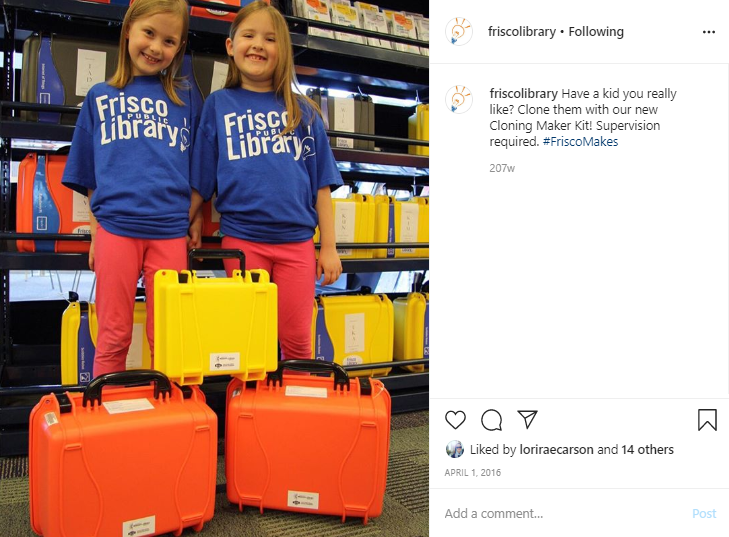 In 2017 our Ready to Read Railroad had a derailment. Don’t worry, no puppets were hurt in the making of this prank. 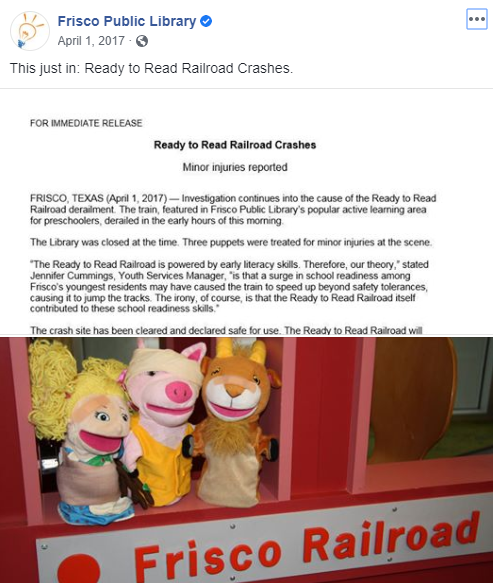 We want everyone to have a safe and fun April Fools’ Day! Good Housekeeping has a list of safe pranks you can find here, including putting googly eyes on everything.