Playing Dungeons and Dragons can be an intimidating prospect to the uninitiated. It may seem overly complex, rule heavy, and time consuming, but with the right group of people, D&D is all about telling interesting stories, being creative, and having fun with your friends. The best way to learn the game is by trial and error but doing your research and being prepared will save you time and effort. Here’s a quick overview of some important aspects of the game:

In D&D 5th edition, each player has 6 ability scores: strength, constitution, dexterity, intelligence, wisdom, and charisma. Each score has a modifier that determine a variety of important factors, such as your HP (health points), Skills, and saving rolls. For example, if you had a strength score of 15, your modifier would be +2 meaning you would add 2 to any strength checks or damage rolls.

Checks are generally used by the DM or the player to test their abilities or to try and achieve something. For example, a player entering a new room may use a perception check to see if their character notices anything interesting. The player would roll a D20 and add their wisdom modifier. The higher the number the more info the player gets.

A character’s alignment refers to their ethical and moral outlook. Players pick from 9 potential alignments, ranging from Lawful good to Chaotic evil. Occasionally a character’s alignment will have in game consequences, but generally serves as a tool for the player to play their character with more consistency and depth. 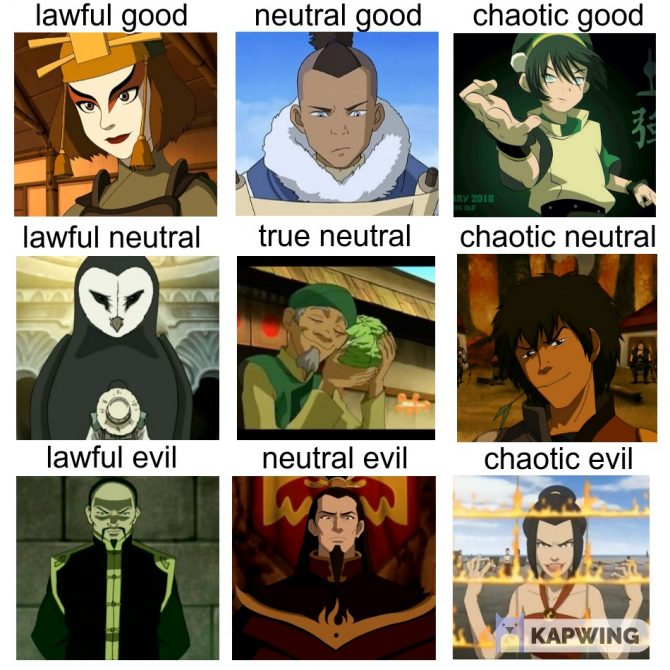 A player with advantage rolls twice and takes the higher of the two rolls.

You rolled a natural 20 without using any bonuses. In game, this means that you were able to do whatever you were trying to do incredibly well.

Characters, allies, or enemies that the DM creates and the players interact with.

When entering a combat situation, each player rolls initiative. This determines the order of attack.

Your armor class is a score determined by your dexterity and the armor that you’re wearing. A Higher Score means a higher chance of avoiding attacks. For example, if a goblin attacks you and rolls a 12, but your AC is 16, then the attack was unsuccessful, and you take no damage.

An attack roll determines whether or not you hit the person/creature you are trying to attack. If their AC is higher than your attack roll then you were not successful. If you are successful you roll for damage. Usually this roll relies on the weapon you’re using and your strength modifier.

If you are looking for more information on the basic rules of D&D, check out these sites: