If you own cats, you may have noticed how much they like to scratch furniture. It can be very frustrating, especially since your cuddly buddy doesn’t understand why you are so upset about it. After all, isn’t that what it’s there for? It’s true – as far as your furry friend is concerned, the world is one big scratching post. Especially my little buddy Oliver. It turns out that my favorite chair is also his favorite chair. Hmmmm.......

But don’t worry, there’s hope! I decided to just embrace this behavior and I bought six scratching posts. I got box shaped ones, figure 8 shaped couches, even a huge one that can only be described as a house.

At first Oliver wasn’t impressed. He was kind of saying, “I see where you’re going with this... but no”, and then took a nap on one of them. 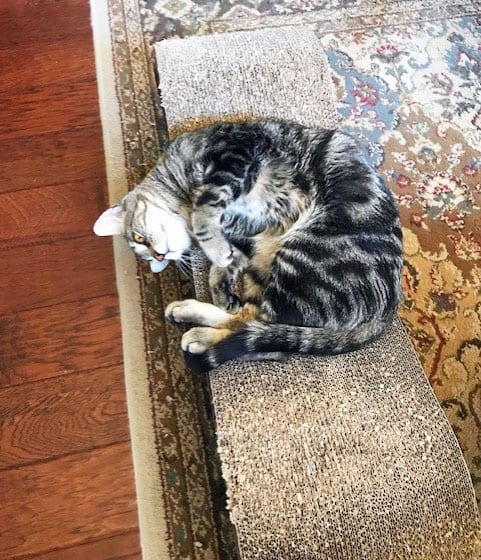 I then decided to actually follow the directions on the boxes and put some catnip on them. That made all the difference! Suddenly, Oliver loves these things. My chair might just survive! Now Oliver looks at me as if saying, “You really do get me!” Yes, it appears that I want my cat’s approval. I don’t want to talk about it. 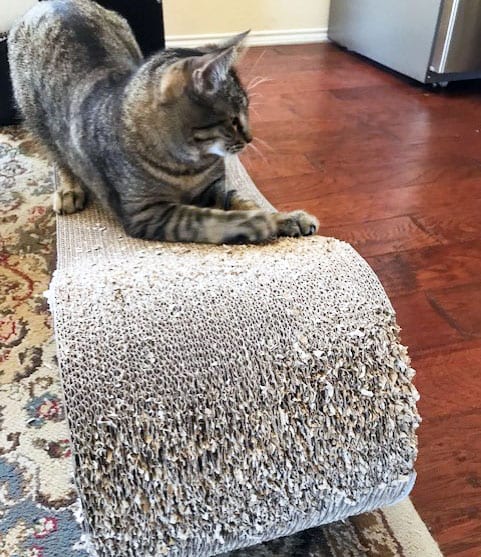 But I’m getting sidetracked! Get some scratching posts for your cat(s). Everyone in the house will be happier, including you.

If you want to know more about managing your feline friend’s behavior, the library has some great books on that. I personally like these:

This list has even more books in case those don’t really "speak” to you: